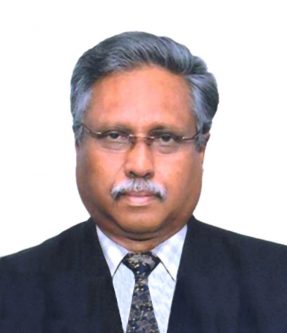 Prof. Dr. Ainun Nishat is an alumnus of Dept. of Civil Engineering who is a prominent environmentalist and climate change specialist. He represented Bangladesh in numerous national and international bodies including the United Nations Climate Change Conferences (CoP), Indo-Bangladesh Joint River Commission etc.

Prof. Nishat was born on 29th April 1948 in the Bajitpur upazilla in Kishorganj district. His father Gazi Shamsur Rahman was a prominent lawyer, legal expert, writer and TV personality in Bangladesh. Due to the posting of his father at different places of Bangladesh, Prof. Nishat attended many schools in different places such as Panchagarh, Bogura, Noakhali, Sylhet, Dinajpur before matriculating (SSC) form Dhaka Collegiate School in 1963. He attended Notre Dame College for a year and then went to Faridpur due to posting of his father and completed his intermediate (HSC) education from Rajendra College in 1965. He earned his bachelor’s degree in Civil Engineering from BUET in 1969. After graduating, he joined Water Development Board of Bangladesh as an Asst. Engr. Later, in 1972, he joined Department of Civil Engineering, BUET as a lecturer. After establishment of the Department of Water Resource Engineering (WRE), he joined there as a faculty in 1975. He completed his master’s in 1975. The title of his MSC thesis was Effect of Size and Unit Weight of Materials in Bank Protection. He went to the UK on a Commonwealth Scholarship and earned his PhD from the University of Strathclyde in 1981. The topic of his PhD dissertation was A Study of Alluvial Channels in Regime. He became full professor in the Dept. of WRE in 1985. He retired from BUET in 1998 and worked as the Country Representative for International Union for Conservation of Nature (IUCN). In 2010, he was appointed as he Vice-Chancellor of the BRAC University where he served till 2014. He is now an Emeritus Professor of BRAC University and working as an adviser at the Centre for Climate Change and Environmental Research (C3ER).

As an academician and researcher in BUET, Prof. Nishat taught courses on hydrology, irrigation, flood control, river engineering and notably on water resources project planning. In his teaching, he brought social, institutional and technical considerations in water resources management and emphasized on sustainability issues. He guided more than twenty postgraduate research projects through which he conducted study on performance evaluation of completed projects, environmental impact assessment, development of better understanding of participatory planning, design of fish friendly hydraulic structures etc. Under his leadership, the Institute of Flood Control and Drainage Research (Currently IWFM) was set up as a full-fledged institute  in BUET which is now established as a premier organization for the advancement of knowledge and development of human resources in water and flood management.

Apart from his responsibility as an academician in BUET, Prof. Nishat served in many positions at national and international level as a water resource engineering expert. He worked with UN organization ESCAP in preparing the Coastal Environment Management Plan in the mid-eighties. He was a member of the Committee of Energy and National Resource Development (CENRD) of the ECOSOC, UN and had been actively involved in preparing National Conservation Strategy and National Environment Management Action Plan (NEMAP) of Bangladesh. As a resource person, he regularly deliver lectures at Bangladesh Public Administration Training Center (BPATC), Planning Academy, National Academy for Educational Management, Armed Forces Staff College etc.  He was a member of the Panel of Experts (PoE) for the Bangabandhu Bridge (Jamuna Multipurpose Bridge) during its construction. He supervised the implementation of Flood Action Plan (FAP) as a member of the PoE. Currently he is a member of the PoE for the Padma Bridge.

Besides working at various projects of the World Bank, Asian Development Bank, UNDP and other international and inter-governmental organizations; he has a close association with leading NGO’s in Bangladesh. Before joining BRAC University, he was a Member of the Governing Body of BRAC. He also works closely with Bangladesh Center for Advanced Studies (BCAS), Bangladesh Center for Sustainable Development (CFSD), Bangladesh Unnayan Parishad (BUP), Bangladesh Environmental Lawyers Association (BELA) and other leading NGOs.He was Adjunct Professor in Institute of Natural Resources Management, University of Manitoba, Canada; IHE, Delft, The Netherlands; Bangabandhu Sheik Mujubur Rahman Agriculture University. He also worked as a Professor at North South University, and Independent University, Bangladesh (IUB).

As an expert in management of international trans-boundary rivers, Dr. Nishat had played an important role in formulation of the Ganges Water Treaty that was signed between India and Bangladesh in 1996. Dr. Nishat worked as a member of the Indo-Bangladesh Joint River Commission, from 1981 to 1999 that is responsible for management of common water resources between the two countries. He is a member of the Bangladesh National Water Council, the policy making body in the water sector. He also served as a member of the Agricultural Commission set up by Govt. of Bangladesh to revise the policy and strategy in agricultural sector.

He is a key member of the Climate Change Negotiation Team for Bangladesh and represented Bangladesh at the United Nations Climate Change Conferences (CoP) since Bali, Indonesia at CoP 13 till today. He is also a member of the Compliance Committee of the Kyoto Protocol of the UNFCCC since 2006. He was a key member of experts that prepared the National Adaptation Program of Action (NAPA-2005), Bangladesh Climate Change Strategy and Action Plan (BCCSAP 2008 and 2009) and also was one of the Lead Authors of Working Group-II of IPCC in preparation of the Third Assessment Report. For decades, he has worked as a catalyst, advocate, educator, and facilitator, championing the wise use of natural resources and sustainable development in Bangladesh. Currently, focus of his research is in the area of adaptation to climate change and related policy advocacy.